The ACG Special Collections consists of a significant number of book holdings and manuscripts of distinguished authors and philhellenes. The Kimon Friar Collection, which is currently under process, constitutes one of the earliest and largest acquisitions. 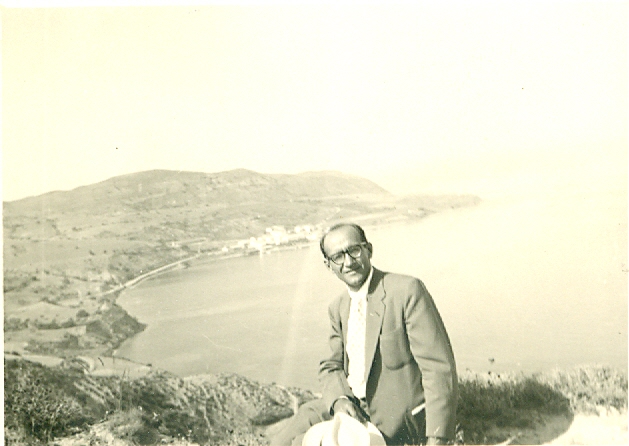 ​Kimon Friar was a Greek-American scholar, writer, translator and critic of Modern Greek Literature. He was the highly acclaimed translator of the works of Nikos Kazantzakis, and Nobel Prize poets Giorgos Seferis and Odysseus Elytis and devoted his life into making Hellenic culture and Greek poets and literature known to the English-speaking world.

The Kimon Friar Collection covers almost all the periods of Kimon Friar’s life (1915-1993). It consists of manuscripts, diaries, biographical and legal documents, correspondence, photos, scrap books, clippings and works of art. Among the highlights of the collection are: the final revised version of the translation of Kazantzakis’ work 'Odyssey' (10/2/1957), and the Galley Proofs of the same work submitted by the publisher Simon & Schuster in 1958. 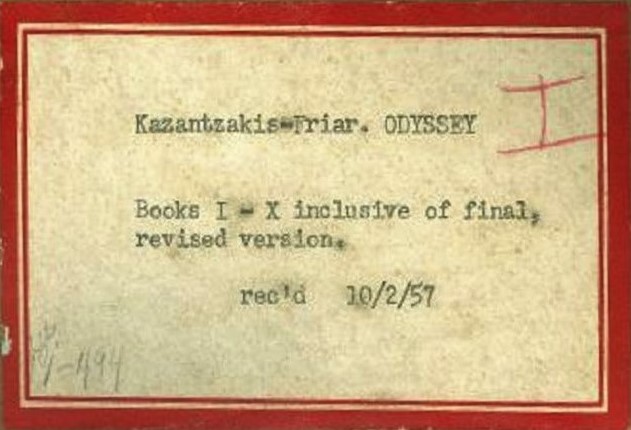 The affiliation of Kimon Friar to ACG has been an inspiration for several activities which enhance Greek-American friendship and interaction, as well as the creation of the Collecting Repository itself.